This 5-Ingredient Low Carb Cheesecake Recipe is a great choice when everyone else is eating regular cheesecake, but you’re trying to stay low carb or keto! These mini cheesecakes are creamy and rich with just 2g carbs per serving. 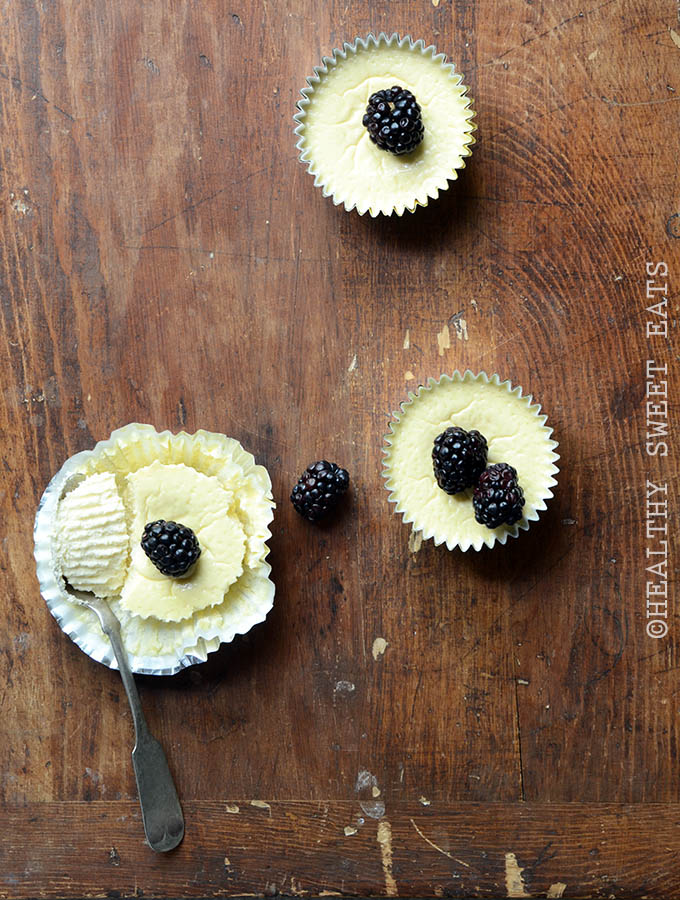 People usually think cheesecake is a no-no when sticking to a healthy eating plan. Rich and indulgent, regular cheesecake is one of the most decadent tasting desserts, right?

Well, so is this cheesecake. The only thing it’s missing is carbs…and I promise, you won’t even miss them! (Who needs crust on cheesecake, anyway?) 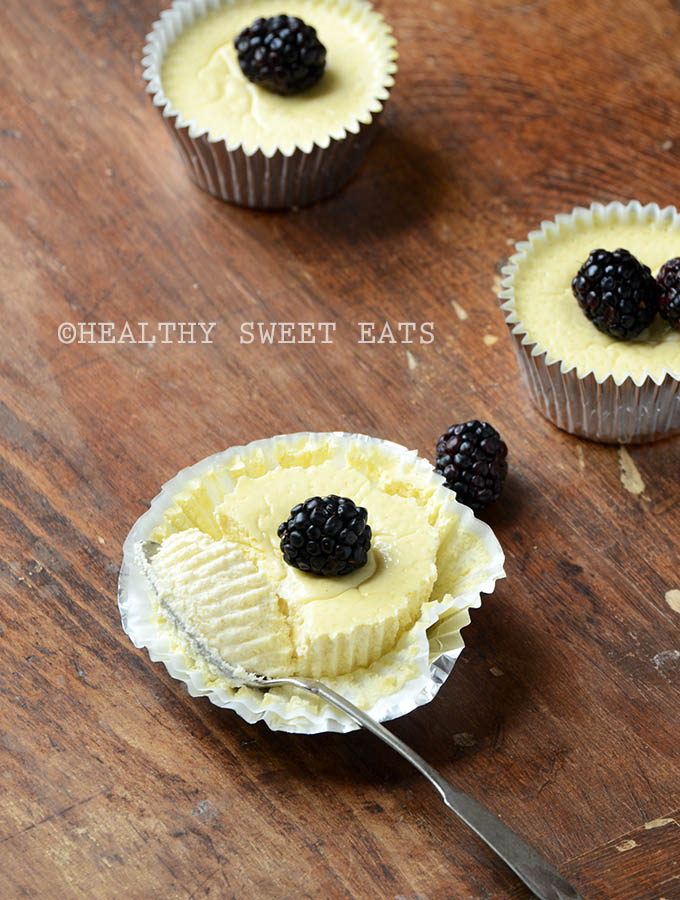 I’ve experimented a lot with different ratios of cream cheese to eggs, and I’ve also tried this recipe adding in other ingredients, like sour cream and/or heavy cream. In the end, I think this version comes the closest to classic cheesecake in its creamy texture. I like keeping a batch of these stashed in the fridge to enjoy as a quick snack or dessert throughout the week. 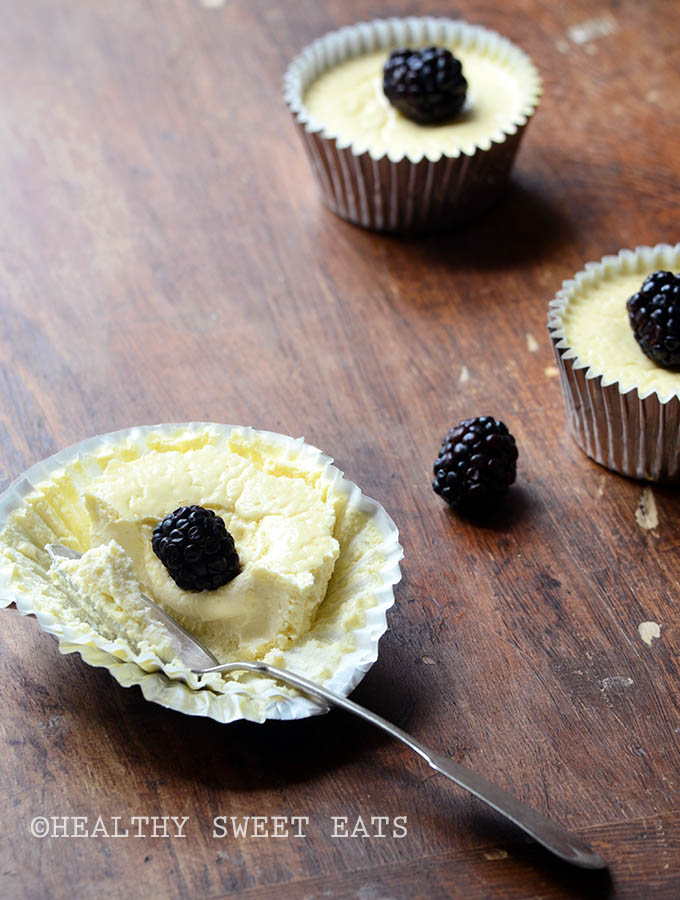 What is the Best Low Carb Dessert?

The best low carb dessert is of course a matter of personal preference. To me, it is without a doubt cheesecake! This is because I think low carb keto cheesecake tastes more like the regular version than most other desserts do.

Another reason cheesecake is the best low carb dessert is because it’s easy to convert a regular recipe for cheesecake into a low carb recipe. The two main sources of carbs in cheesecake come from the crust and the sweetener, so if you swap out low carb alternatives for both you’ll easily have a treat that’s much lower in carbs.

The best low carb cheesecake is one that has rich creamy texture with a perfect sweetness level. As a bonus, it should be easy to make! My 5-Ingredient Low Carb Cheesecake Recipe is as delicious as it is easy to whip up, and is very close to regular cheesecake in both flavor and texture.

This recipe contains just five ingredients, and you probably have all or most of them on hand already:

Personally, I very much enjoy cheesecake without crust; I think the cheesecake itself is the best part! However, if you want to make a crust for your cheesecake, a good ingredient to use as the base is nut meal or flour, such as almond, pecan, hazelnut, etc.

I have a wonderful recipe for Low Carb Pumpkin Spice Cheesecake on my other blog, An Edible Mosaic, which you can adapt to use in these mini cheesecakes if you want.

How to Make the Best Low Carb Cheesecake

For this recipe, I start with softened cream cheese, but note that this doesn’t mean hot cream cheese. I let the cream cheese come to room temperature, and then I soften it for just a few seconds in the microwave so it’s very easy to beat until smooth. After that I mix in the remaining ingredients (eggs, stevia, and vanilla and almond extracts), pour the batter into a lined muffin tray, and bake for just 15 to 20 minutes. It’s so easy, there’s no need to even use a water bath with this recipe!

How Many Carbs Are in Low Carb Cheesecake?

Per serving, this low carb cheesecake recipe has 2g carbs.

How Many Calories Are in Sugar Free Cheesecake?

Each serving of this sugar free cheesecake has 181kcals.

Can You Eat Cheesecake on a Keto Diet?

Yes! Cheesecake is a great choice when you’re on a keto diet and you want something to satisfy your sweet tooth. Because it’s not low in fat, this cheesecake is very satiating.

Keto cheesecake is low in carbs and high in fat to help you maintain a state of nutritional ketosis. It typically uses sweeteners such as stevia and/or erythritol, and it commonly has a nut-based crust or no crust at all, like my 5-Ingredient Low Carb Cheesecake Recipe. You can serve it as-is, or with a drizzle of sugar-free caramel, a sprinkle of stevia-sweetened chocolate chips, or with a few raspberries or blackberries on top.

More Desserts You Can Have on the Keto Diet: 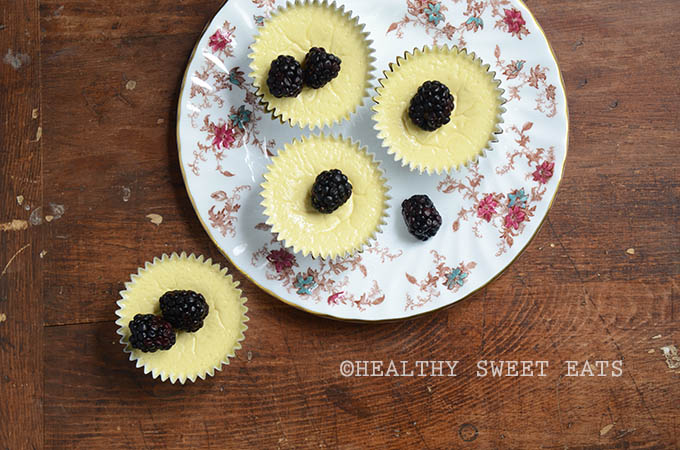 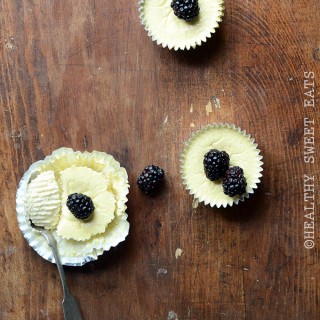 Hello and welcome! I’m Faith and I believe you can have your cake and eat it too. For breakfast.

In honor of Ramadan, the Islamic holy month, I'm s

3 ingredients, 20 minutes, and no fancy molds or t

This year I made a new charoset recipe for tonight

This really isn't the prettiest dish. 🙈 But it'

These are supposed to be French Crullers, but as y