Chocolate Rum Balls (Small Batch; Gluten Free) are the perfect sweet treat to bring to your next holiday party! Or keep them stashed in your fridge throughout the holiday season for those times when a craving strikes and you want something that’s decadent without being too indulgent; these have just 2g net carbs per truffle! 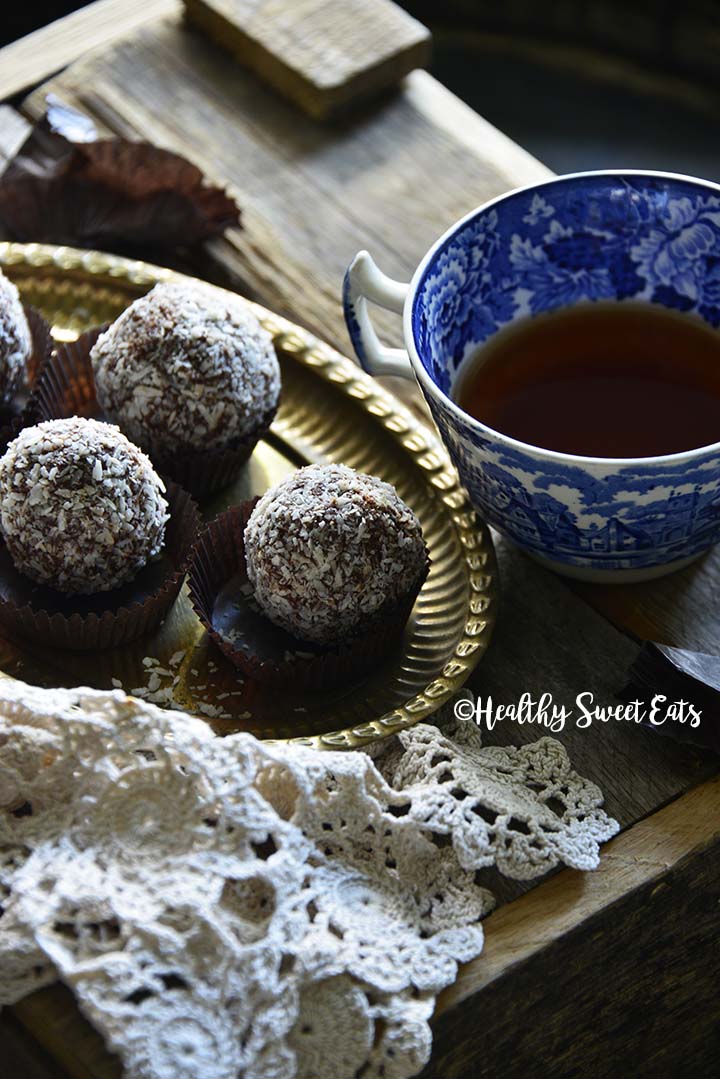 Chocolate Rum Balls are a Christmas party classic. I remember going to endless holiday gatherings as a kid and they all had these little boozy-smelling chocolate bites. At first bite you might think it’s an odd flavor pairing, but rum actually brings out the flavor nuances in chocolate. These candies taste like a cross between brownie bites and fudge, in the shape of truffles. They get even better the day after making them, as the different flavors have the chance to blend.

My Chocolate Rum Balls are richly flavored with chocolate with a hint of rum. They’re easy to make with rum extract or dark rum, so you can use whatever you have on hand. Or if you’re planning to take them to a party where there’ll be kids, it’s good to have a non-alcoholic option. (Although note that there’s just 1 tablespoon dark rum in the whole recipe, if you decide to go with rum instead of rum extract.)

What’s In a Rum Ball?

Chocolate Rum Balls usually contain crushed cookies (such as Oreos, Nilla Wafers, etc.), chocolate (or cocoa powder and sweetener), nuts (such as pecans or walnuts), rum, and some kind of binder (for example, corn syrup or condensed milk). They’re usually similar to chocolate truffles in texture. Often, these candies are coated in cocoa powder, shredded coconut, or chocolate sprinkles.

I wanted a healthier take on Chocolate Rum Balls so I skipped the crushed cookies and instead use almond flour as the base of this recipe. I went old-school for my binder, and used butter! My recipe is not only gluten free, but also low-carb and keto-friendly, with just 2g net carbs per truffle.

How to Make Rum Balls

These truffles are quite easy to make. All the ingredients are mixed together and then the mixture is rolled into balls and coated in cocoa, coconut, or whatever strikes your fancy. There’s no baking involved in making Chocolate Rum Balls!

How to Make Coconut Rum Balls 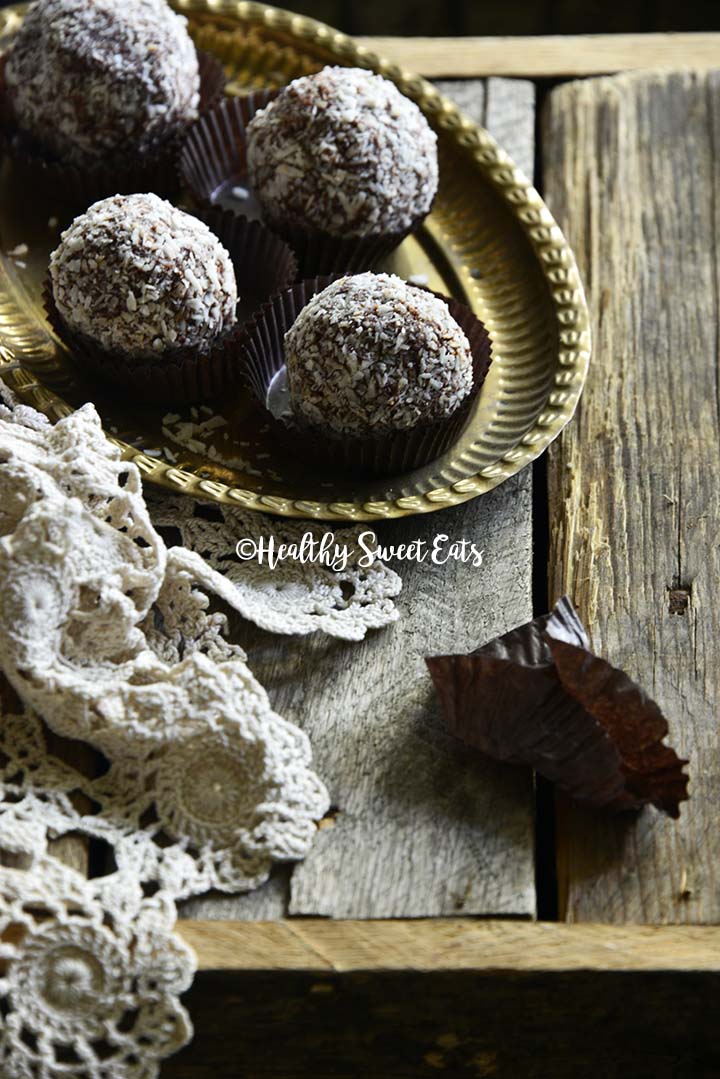 Are Rum Balls Alcoholic? Can Rum Balls Be Made Without Alcohol?

You can make my low carb Chocolate Rum balls with either rum extract or dark rum. However, the whole recipe (which makes five large truffles) only has 1 tablespoon rum (if you go the route of using rum). On the other hand, take note that because these truffles are not baked, none of the rum is cooked off.

Do Rum Balls Need to be Refrigerated?

Yes, these should be refrigerated in an airtight container. If stored this way, they will keep for about two weeks.

Can I Freeze Homemade Rum Balls?

You can freeze these truffles in an airtight container for up to three months. For the best texture and flavor, let them sit at room temperature for about 20 minutes before serving. 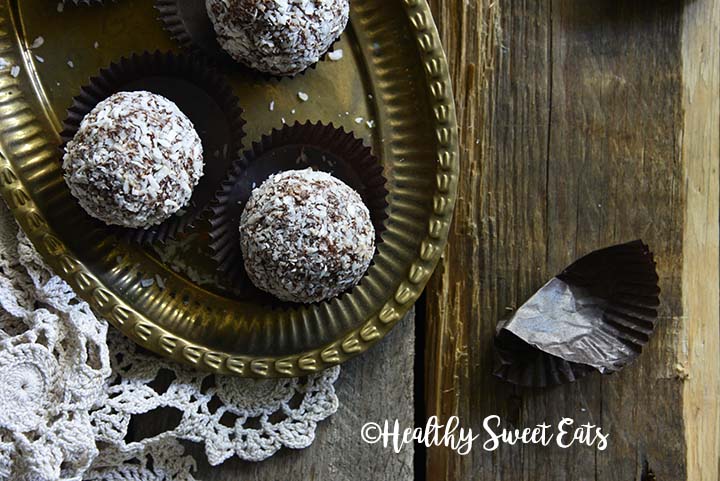 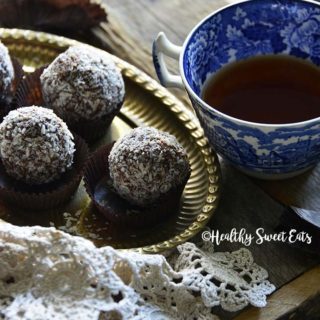 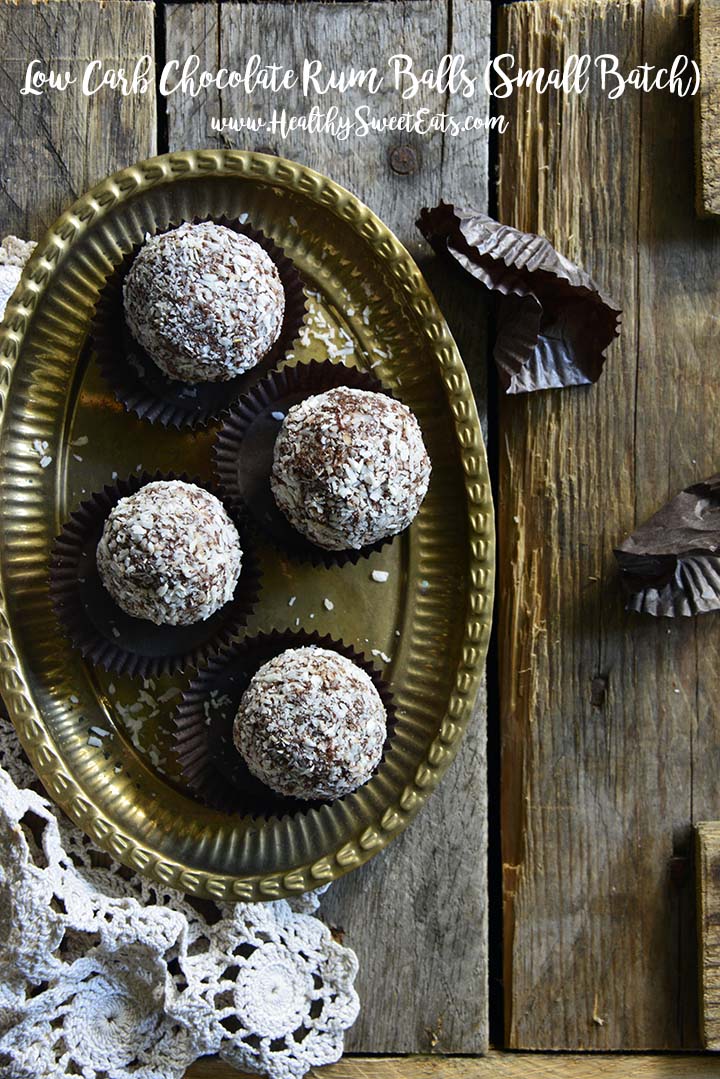