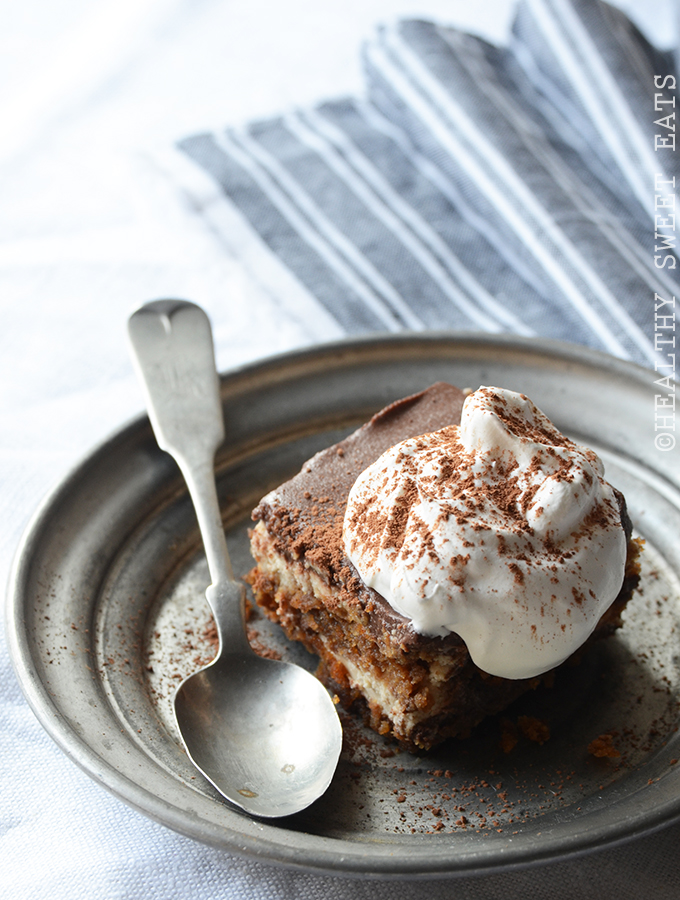 Coffee and chocolate is one of my all-time favorite flavor combos; add peanut butter to the mix and there is absolutely no way I can resist. 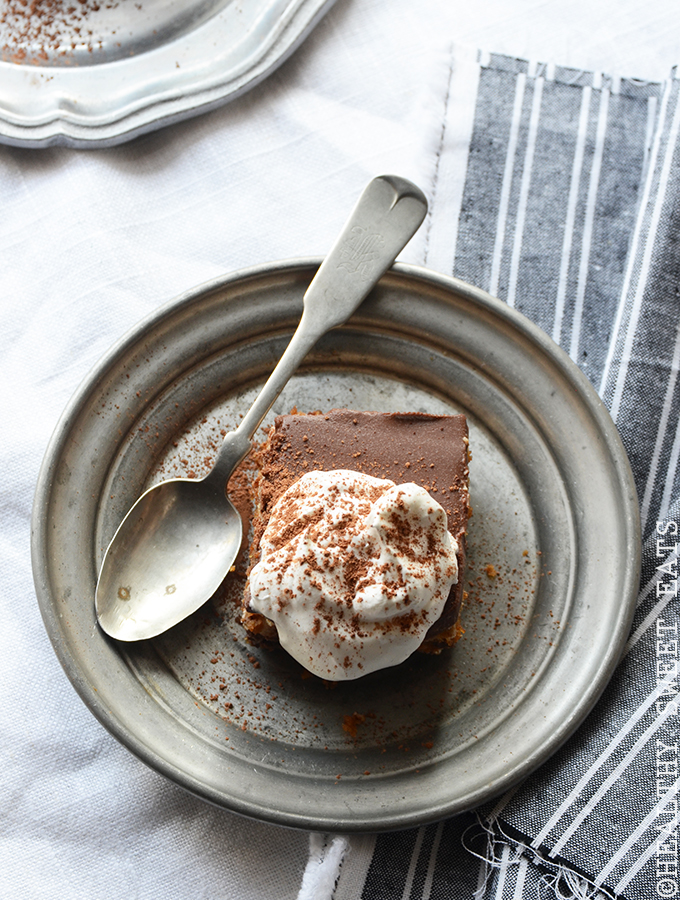 This recipe came about one day when I had half a batch of a couple different things on hand (my Maple Cinnamon Peanut Butter Blondies and my Chocolate Custard), and wanted a way to use up everything all in one shot. For some reason, Tiramisu popped into my head and I suddenly couldn’t stop thinking about it.

When I get like that with a craving, there’s nothing else for it: I need my fix. 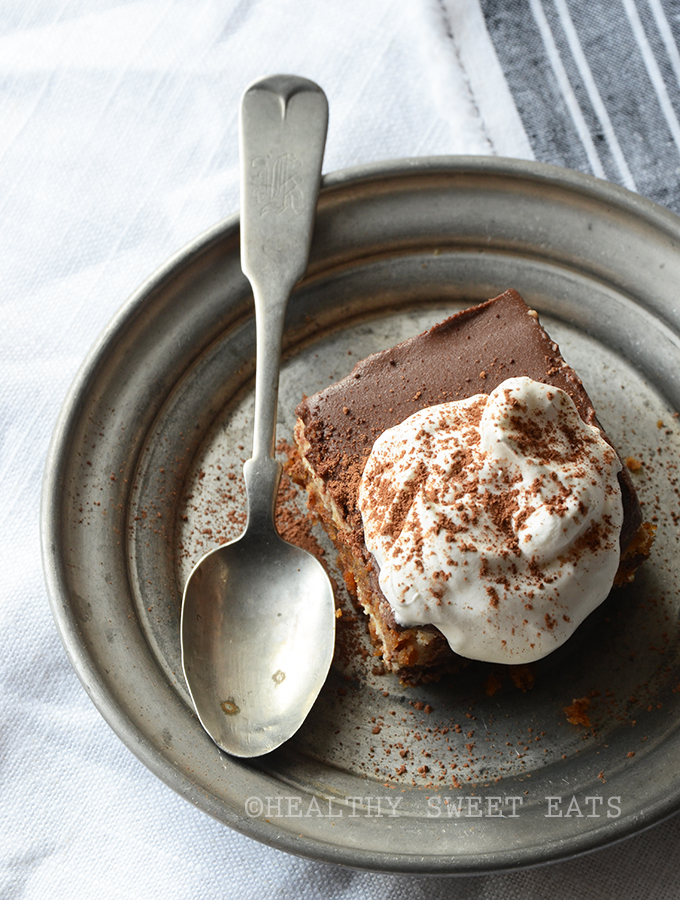 This was the perfect remedy. My Chocolate Peanut Butter Tiramisu is a fun twist on a classic favorite. It’s enough of a switch up to keep this dish fun, but not so much that you probably couldn’t guess what it is if you taste it (at least, that’s assuming you’re familiar with Tiramisu).

This dish feels totally decadent even though it’s really pretty good for you. My Maple Cinnamon Peanut Butter Blondies are grain-free and gluten-free, and so is this Tiramisu. What I love most is that this treat isn’t cloyingly sweet, and it’s pretty impressive for a special occasion dessert.

As if it weren’t completely luscious enough on its own (which it is!), I topped mine with a dollop of whipped cream and a sprinkle of cocoa powder. This gilding of the lily is totally optional though. And FYI, this is an easy recipe to double; if you do, use two loaf pans to make it. 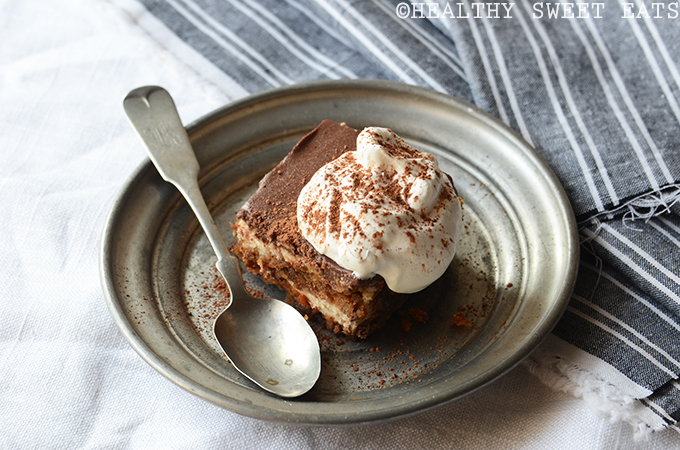 I used my Maple Cinnamon Peanut Butter Blondies and Chocolate Custard to make this!

Peanut butter blondies are layered with chocolate custard and peanut butter-flavored coconut "whipped cream" for a gluten-free, grain-free, and naturally-sweetened dessert that's easy to whip up, but impressive enough for a special occasion.

Stevia: Here is a guideline on how sweet 1 packet of stevia is: the amount of stevia in 1 packet measures ½ teaspoon, which is about as sweet as 2 to 3 teaspoons of regular sugar.