This Thai Iced Tea recipe has a balanced flavor profile of sweetened black tea and complex spices with a creamy texture. It's made from scratch with no artificial ingredients or food dyes!

I had my first Thai Iced Tea in Thailand, sitting in sweltering heat and humidity in the middle of a tropical paradise! It was lovely, complex-flavored, and so refreshing. I haven’t had Thai Tea in a long time, but suddenly a craving came out of nowhere.

I’m going to show you how easy it is to make Thai Tea from scratch so you can enjoy it all summer long!

What is Authentic Thai Tea?

Different variations of this drink use evaporated milk, sweetened condensed milk, or even coconut milk.

When I was in Thailand, every time I had this drink it was made with evaporated milk. When I asked why, I was told that evaporated milk is traditional. Because of the hot climate of Thailand it’s difficult to keep fresh milk for any length of time, so they got used to evaporated milk, which is self-stable.

If you’ve ever been to Thailand and had Thai Tea or if you’ve ordered it at your favorite Thai restaurant, you’ve probably noticed that it’s orange in color. This is because of artificial food dye! I try to avoid artificial food colorings and dyes whenever possible.

This Thai Iced Tea is made from scratch without dye instead of using Thai Tea Mix.

If you choose to make this recipe with Thai Tea Mix, just know that it does contain what is known as FD&C Yellow 6, which is an artificial food coloring. According to Wikipedia, this food dye is derived from petroleum.

Pro Tip: Make Thai Iced Tea from scratch (it's easy) instead of using a mix to avoid artificial food dyes.

How to Make Thai Iced Tea 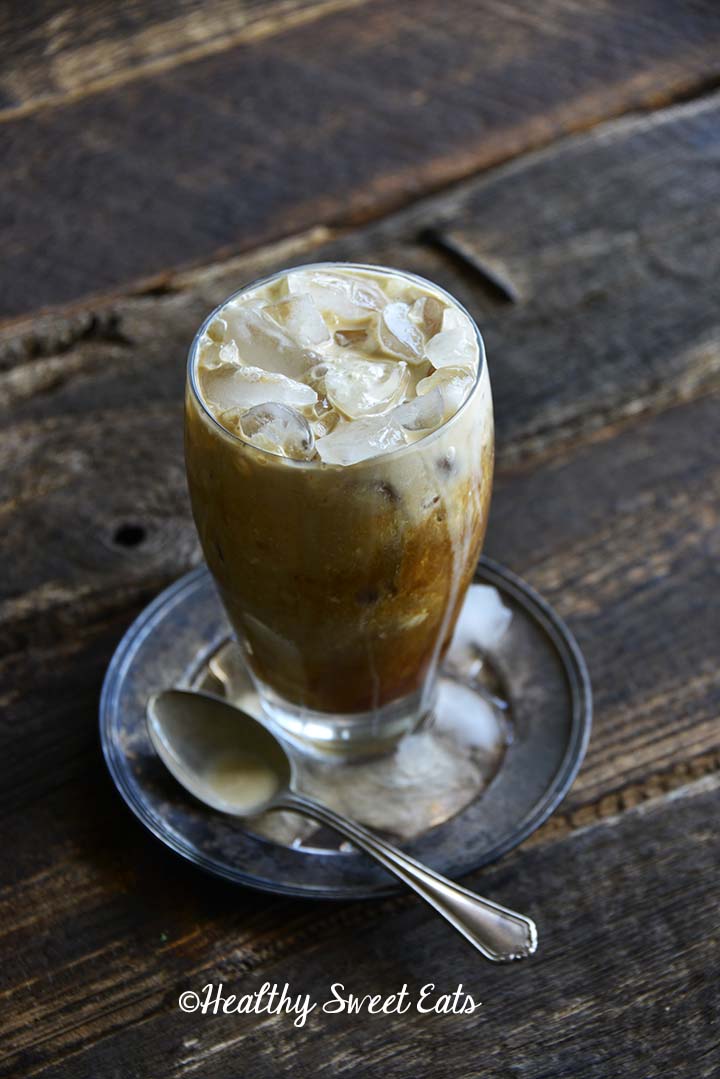 I wanted to make a low carb version of this classic drink. To achieve this, instead of sweetening Thai Iced Tea with sugar, I used a combination of granulated monkfruit/erythritol blend and stevia glycerite. I used 2 tablespoons of evaporated milk per serving, but you could use regular heavy cream instead if you prefer.

Alternatively, you can use Keto Sweetened Condensed Milk, coconut milk, or even regular cream instead of evaporated milk. 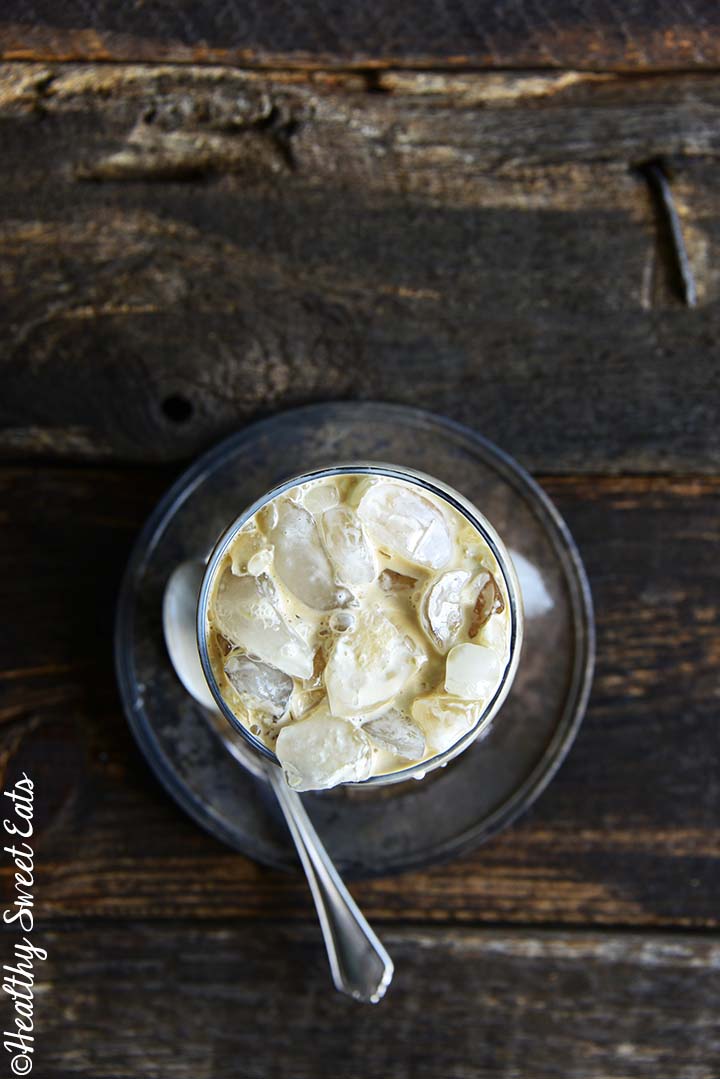 One serving of my Thai Iced Tea has the following nutrition information:

More Drinks to Cool Down With

This Thai Iced Tea recipe has a balanced flavor profile of sweetened black tea and complex spices with a creamy texture. It's made from scratch with no artificial ingredients or food dyes!