This rich, intensely chocolaty Fudgy Keto Brownie Recipe with Walnuts and Chocolate Frosting is the perfect way to satisfy a chocolate-lovers’ sweet tooth. 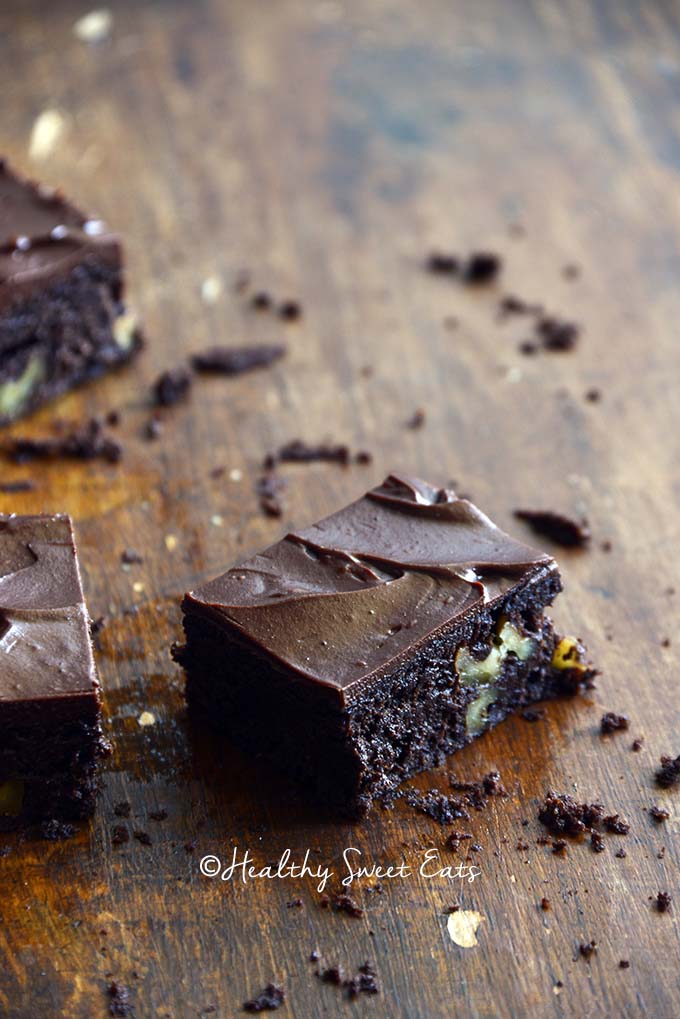 Brownie lovers living a low carb lifestyle, I have a real treat for you today. On my quest to find the best fudgy keto brownie recipe I did a lot of experimenting. I’ve used countless secret ingredients (like gelatin, flaxseed meal, and psyllium husk powder), endless variations of flours, and a combination of different keto-friendly sweeteners.

Getting the right level of sweetness can be a bit of a challenge, especially if you’re using erythritol, which causes the cooling effect. Because of this, in this fudgy keto brownie recipe I used a combination of powdered erythritol (which generally has less of a cooling effect than granulated) and stevia glycerite, along with a touch of blackstrap molasses to cut the sweetness and add complexity of flavor.

The sweetness level is only half the equation of the perfect brownie though; texture is just as important. Almond flour is the base flour of this fudgy keto brownie recipe, and unsweetened cocoa powder also acts as a dry ingredient. But the real trick is chia seeds!

The chia seed trick is something I can’t take credit for. A while back I saw a recipe for keto brownies on Low Carb Maven. The recipe was actually adapted from a cookbook by Martina Slajerova from the KetoDiet Blog. Low Carb Maven noted in her post that the brownies aren’t actually fudgy as the name states, so I reworked the recipe a bit and came up with the best fudgy keto brownie recipe I’ve ever had (check out my recipe here), and then I tweaked it a bit here, adding nuts and frosting.

These brownies are intensely chocolaty and richly fudgy. They’re fantastic as-is and the chocolate frosting on top is just a bonus; feel free to leave it off if you prefer! 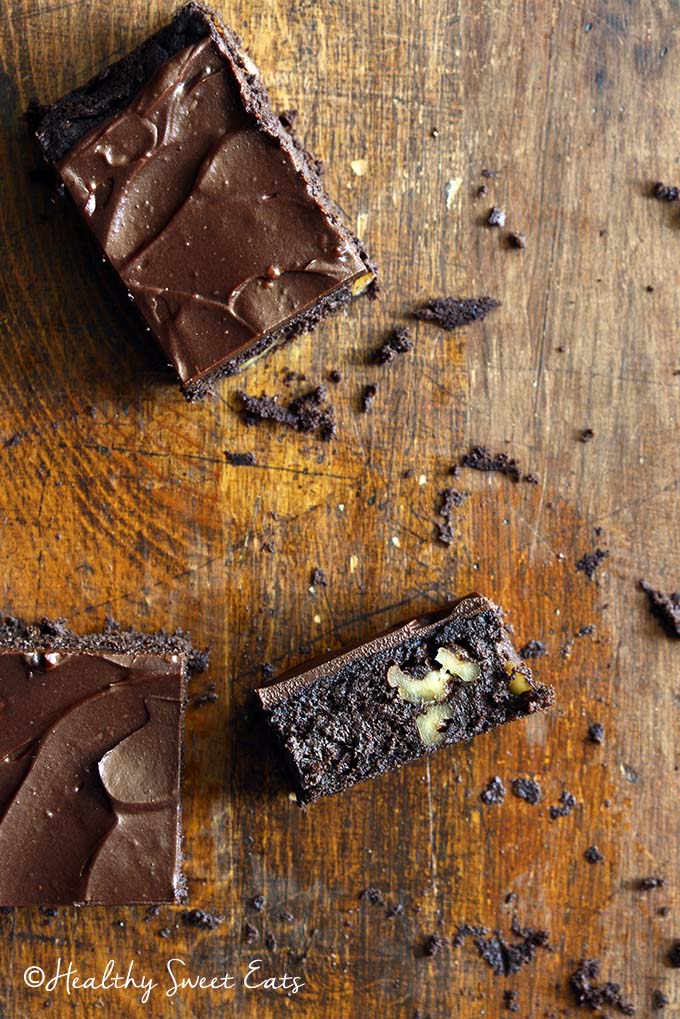 How to Make Brownies From Scratch

When you realize just how easy it is to make incredible brownies from scratch, you’ll never buy a boxed brownie mix again! Before I started cooking low carb and keto, my favorite recipe for homemade brownies was Alice Medrich’s famous Cocoa Brownies. They’re rich and fudgy with great texture and gorgeously crinkly tops. Her method involves mixing melted butter with sugar, eggs, flour, and cocoa powder, and it’s proof positive that sometimes the end result is much greater than the sum of its parts.

In this fudgy keto brownie recipe, I use a similar method. Lots of cocoa powder for deep chocolate flavor, but additionally I add 90% dark chocolate. And then to keep these brownies keto, I add healthy fats in the form of grass-fed butter, organic heavy whipping cream, almond flour, and chia seeds.

The method to make these homemade brownies couldn’t be easier. The dry ingredients get mixed up, and then the butter and chocolate are melted and combined with the other wet ingredients. Finally, the wet ingredients are mixed into the dry and the batter is baked. 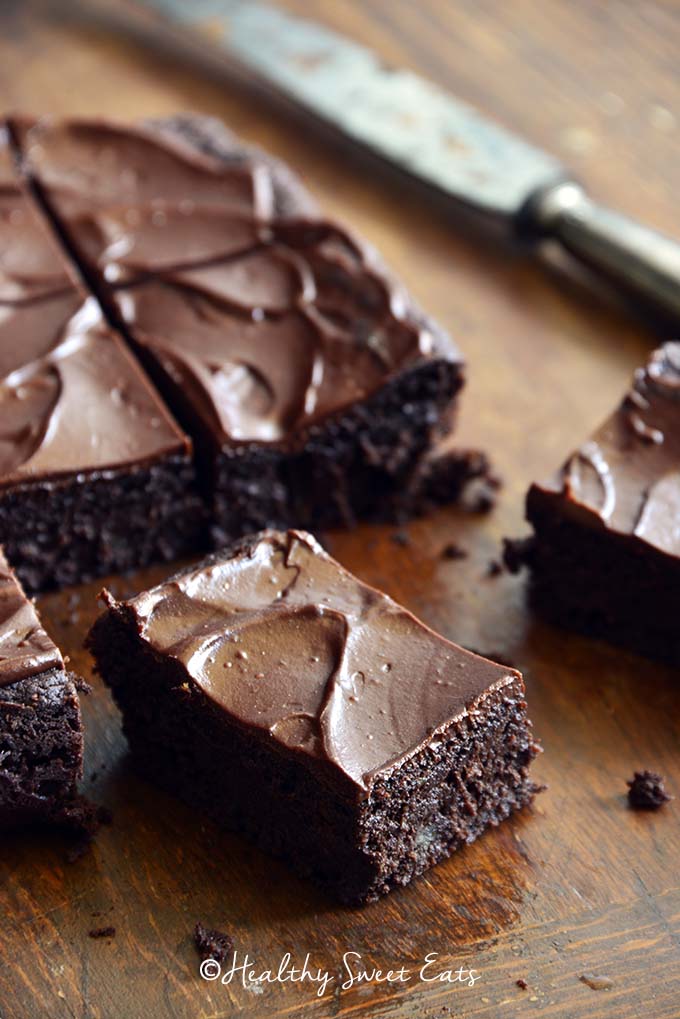 How to Make Fudgy Brownies

Most people have a very specific type when it comes to brownie preferences, whether it’s cakey, chewy, or fudgy. The difference isn’t in the ingredients because most brownies contain some form of chocolate, sugar, eggs, and flour. Rather, the difference lies in the ratio of ingredients.

For example, adding more eggs yields a lighter, less dense brownie. Incorporating more flour results in cakier brownies. Recipes that call for more fat, whether it’s in the form of butter, oil, or chocolate, generally mean brownies will be chewier or fudgier. Additionally, I noticed that when you use a higher ratio of fat to flour and then use less flour and slightly more cocoa powder, the result is a fudgier brownie.

In this fudgy keto brownie recipe, I used baking soda as a leavening agent. This helps yield the correct texture for these brownies because low carb baking is a bit different than classic baking due to the lack of sugar and gluten. 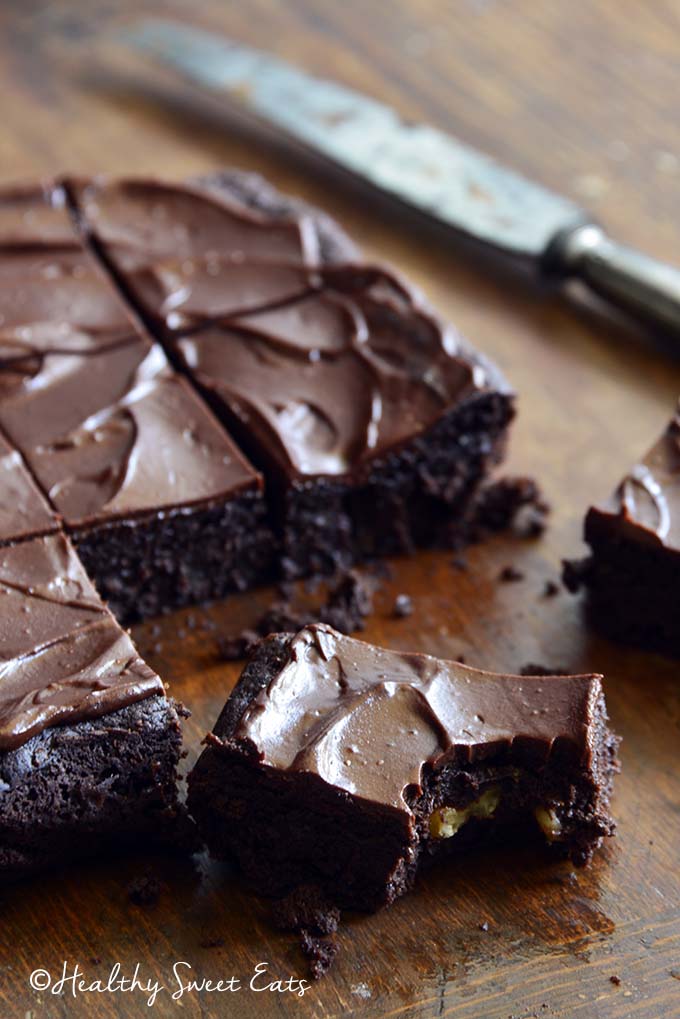 In these fudgy keto brownies, I used the following ingredients: 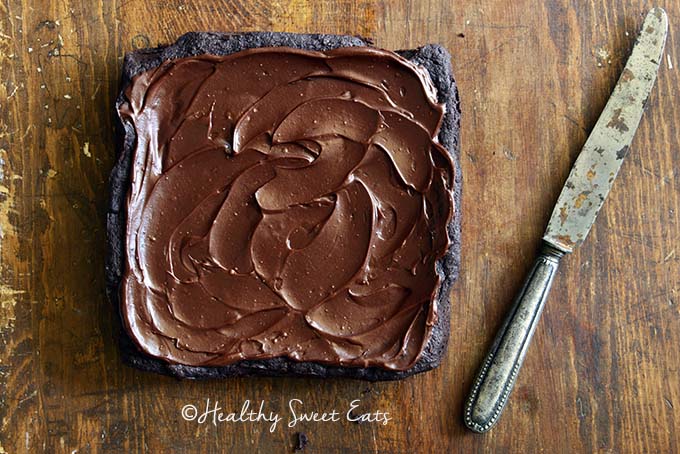 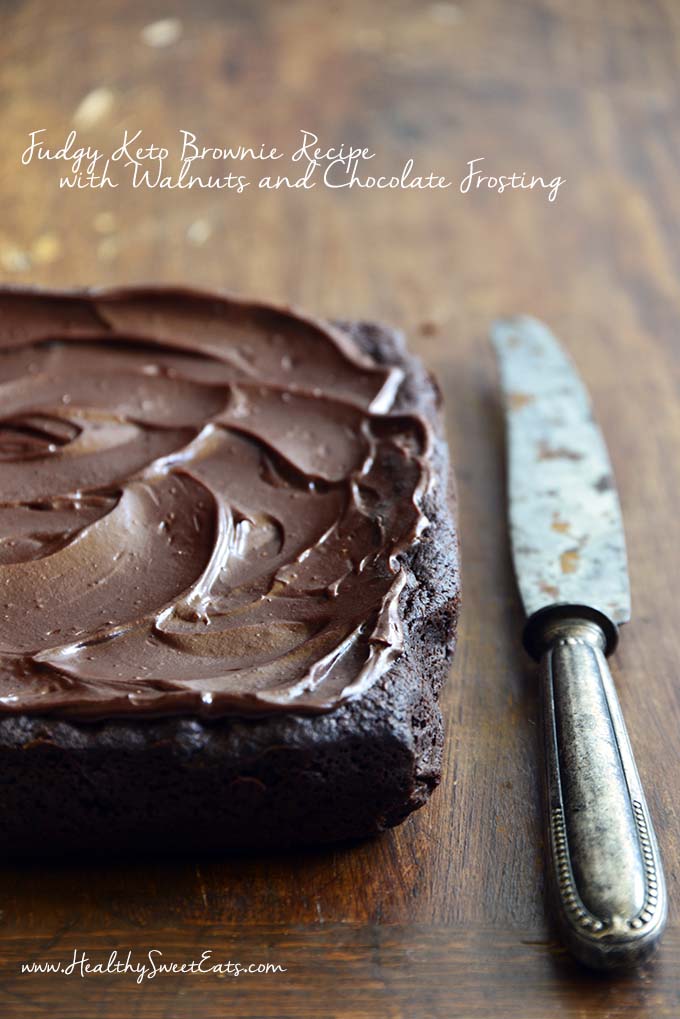 #ad If you’re looking for a romantic meal to mak

“My dream concept is that I have a camera and I

This small batch recipe of Red Velvet Cupcakes is

I developed this recipe last year on a whim one af