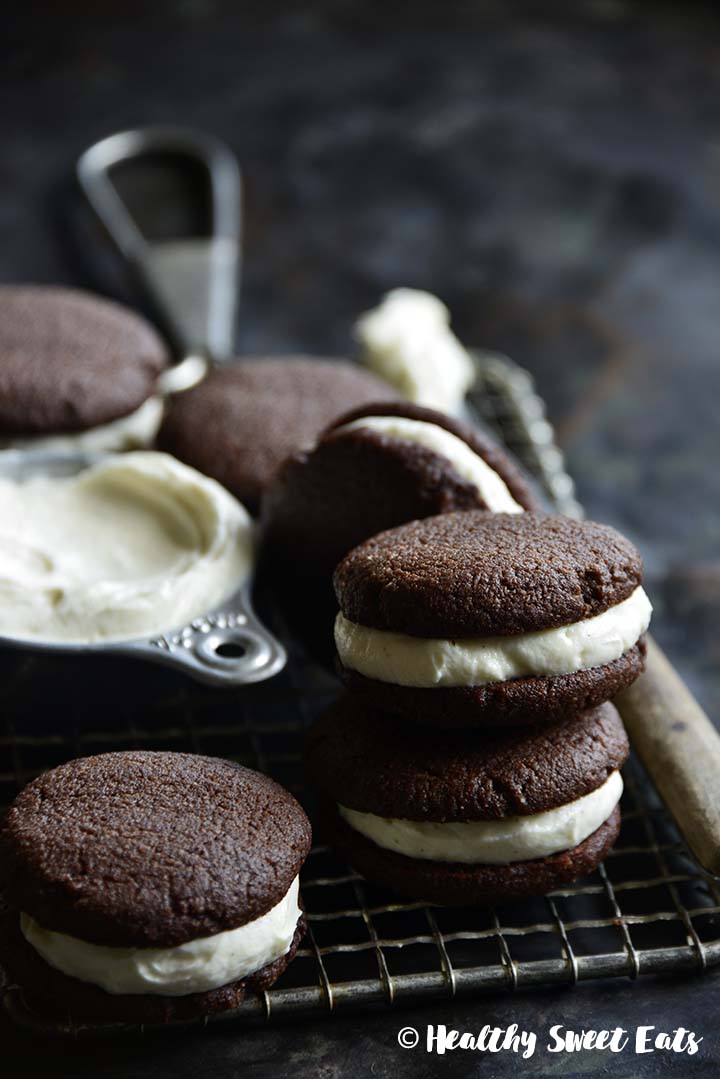 One of the things I love about a ketogenic way of eating is that it's fairly easy to remake just about any recipe into a keto version of itself. Childhood favorites and classic comfort foods are some of my favorite recipes to play with.

Growing up, treats like whoopie pies were a rare thing in my lunchbox. My mom had a very regimented idea of what lunch should be: a sandwich (tunafish or pb&j were her staples), a piece of fruit (usually an apple), and a carton of milk. Cookies in any form were a rare occurrence, but they’d occasionally show up. Whoopie pies were always a favorite and I thought they’d be the perfect treat to keto-fy.

What Are Whoopie Pies? 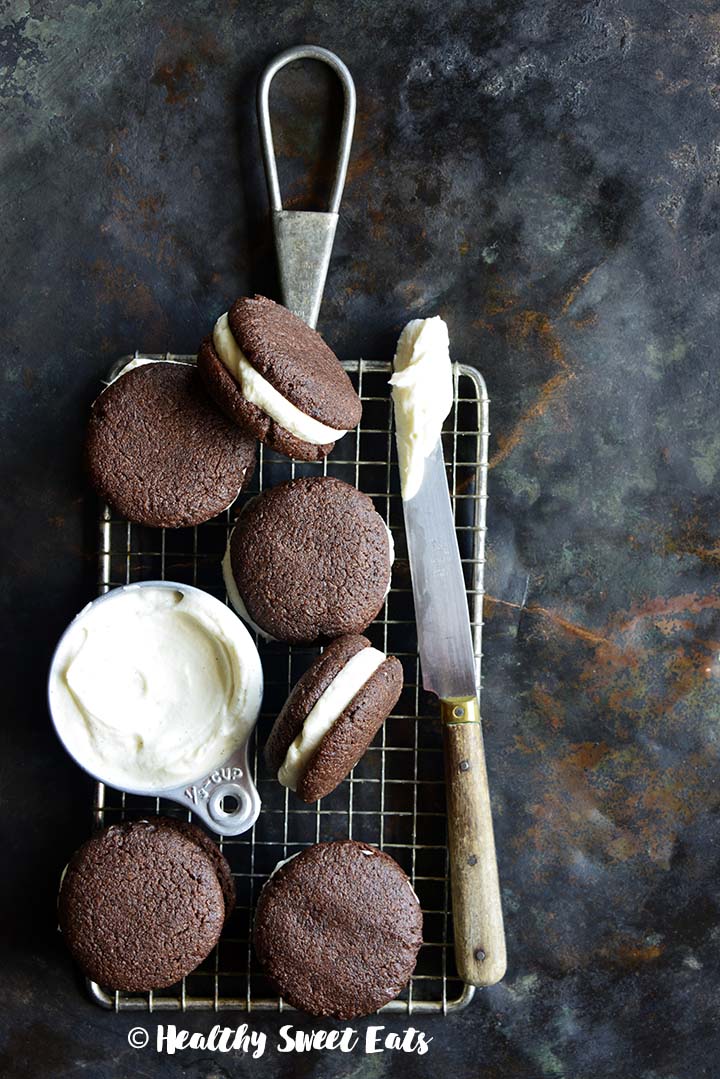 How to Make Whoopie Pies:

Once the dough/batter is made for whoopie pies, it’s scooped onto baking sheets and baked. I like to use an ice cream scoop to measure out the dough, which ensures the cookies are the same size. This helps make sure the cookies can easily be paired up to make into cookie sandwiches.

Where Did Whoopie Pies Originate?

Is a Whoopie Pie a Cookie or a Cake?

Whoopie pies are a bit of a cross between a cookie and a cake. The cookies are very cake-like in texture, much more light and fluffy and less crunchy than a typical cookie. For a whoopie pie, two of these cake-like cookies are sandwiched together with a creamy frosting, or sometimes a marshmallow filling. 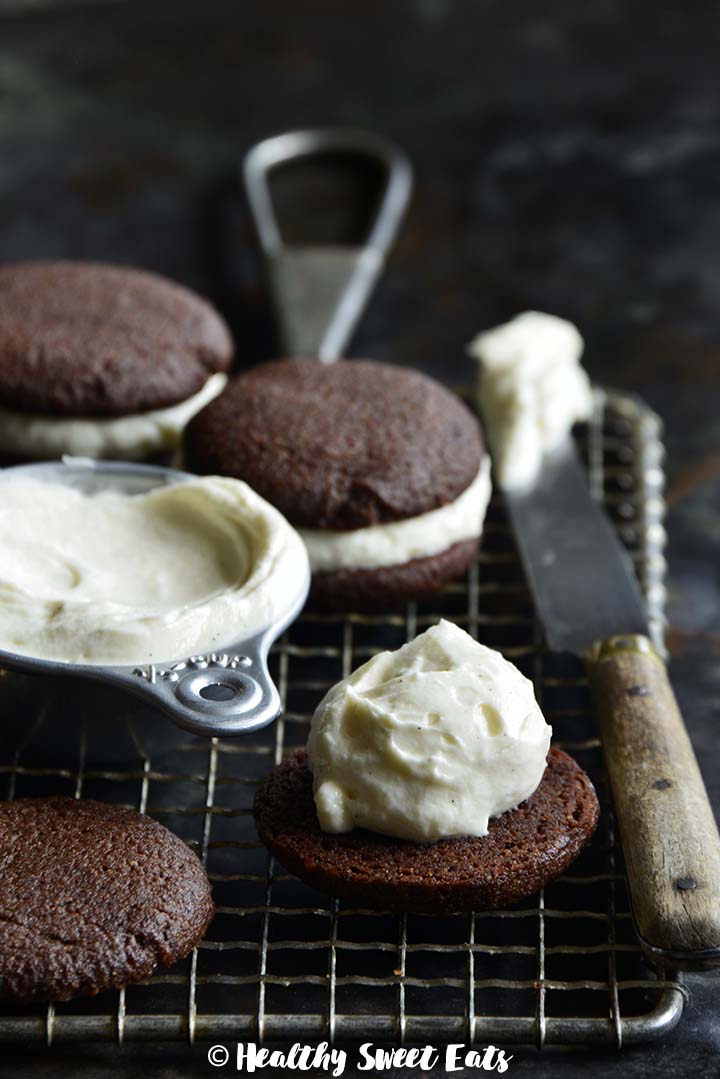 Are Whoopie Pies the Same as Moon Pies? 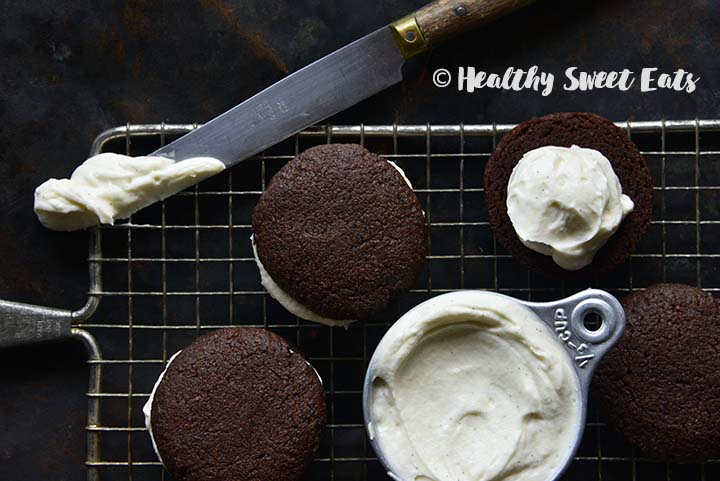 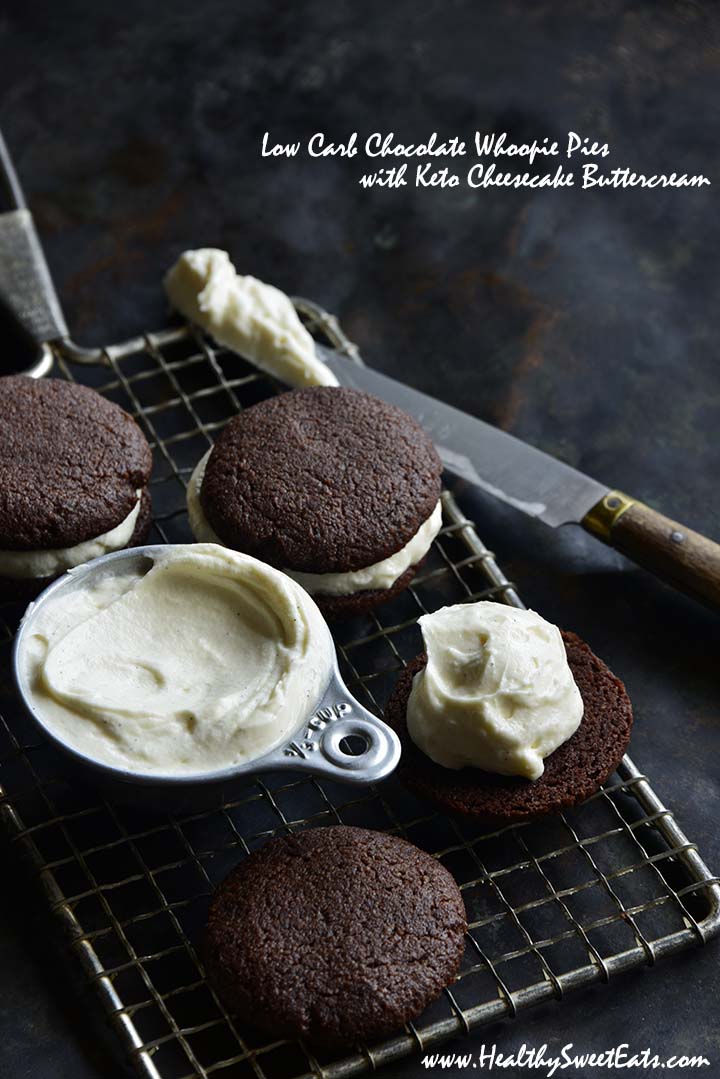