These Low Carb Cheesecake Brownies pair rich, fudgy chocolate brownies with light, fluffy vanilla cheesecake buttercream frosting for a keto dessert that gives you the best of both worlds. 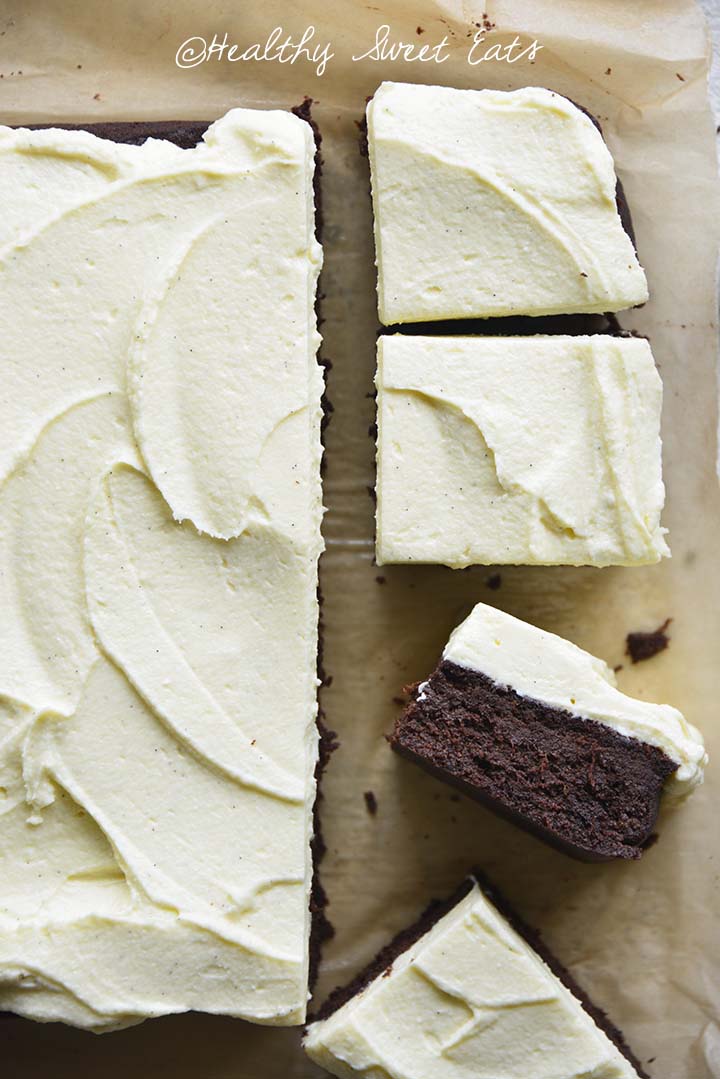 When you can’t decide if you’re in the mood for brownies or cheesecake, these Low Carb Cheesecake Brownies prove you don’t have to choose just one! They combine the best of both worlds in a treat that is sure to become everyone’s favorite. They’re perfect for bringing to a party as a dessert to share, and I like to whip them up and stash them in the fridge for a quick snack or dessert to have on hand when I’m craving chocolate or something sweet.

What Desserts Are Low in Carbs?

Something I’ve noticed since I switched from a Standard American Diet to a real food-based, low carb diet is that foods without sugar now taste a lot sweeter to me. As a result, my idea of dessert has changed quite a bit! For example, different types of lettuce that I would never have thought of as sweet before (such as Romaine lettuce) now have a slightly sweet flavor (not that I would consider lettuce to be a dessert, lol). But it just goes to show that we can retrain our palates, even as adults! It’s never too late to start eating healthy. With that said, I find that a lot of foods that aren’t “sweetened” now taste sweet enough for dessert to me.

Here are a few great options for low carb desserts: 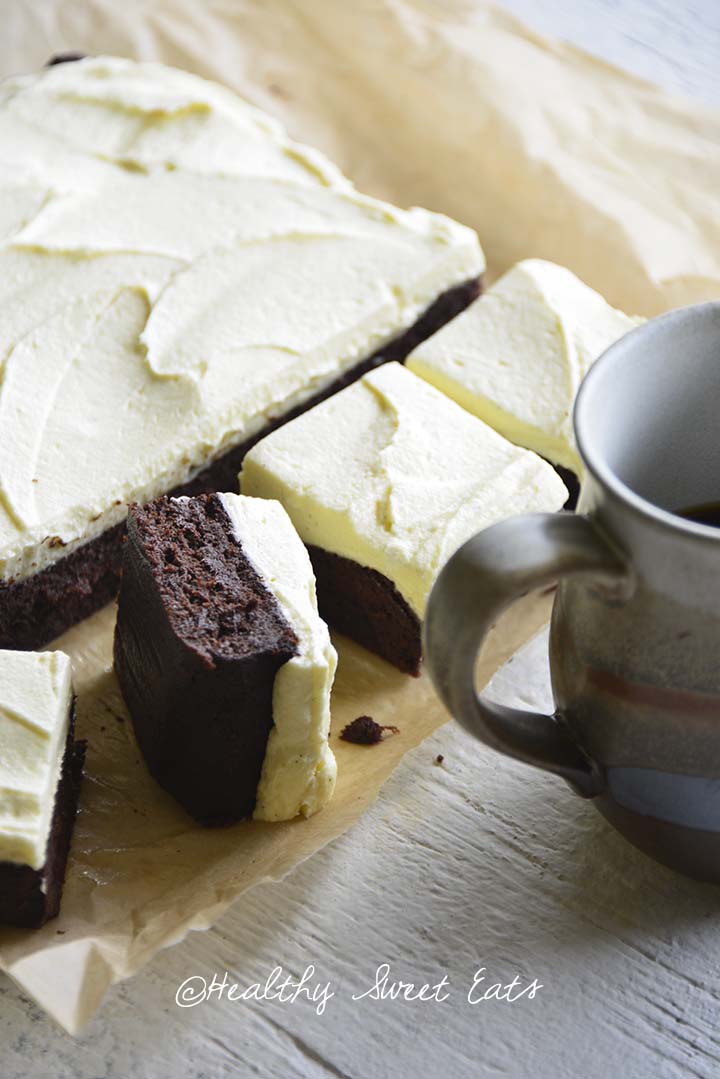 Keto foods focus on foods that are low in carbs and high in healthy fats. There are so many nourishing and satiating options that I don’t find this way of eating to be restrictive!

What Desserts Can You Have on the Keto Diet?

After switching over to a low carb/keto way of life, I’ve noticed that with a little bit of creativity, just about any recipe can be remade into a keto friendly version of itself. That means that I never feel like my favorite foods are off-limits! Here are a few desserts that you can easily integrate into a low carb high fat eating plan:

What Snacks Can You Have on the Keto Diet?

A few of my favorite portable keto snacks include:

Yes! Dark chocolate is a great keto friendly option if you know what to look for. My favorite is 90% dark chocolate, but I also love stevia-sweetened chocolate (Lily’s Sweets is my top choice!) and if I want a little bit of a splurge I’ll go for 80% dark chocolate. Just make sure to look at the macros to make sure the chocolate you select fits into your macros. 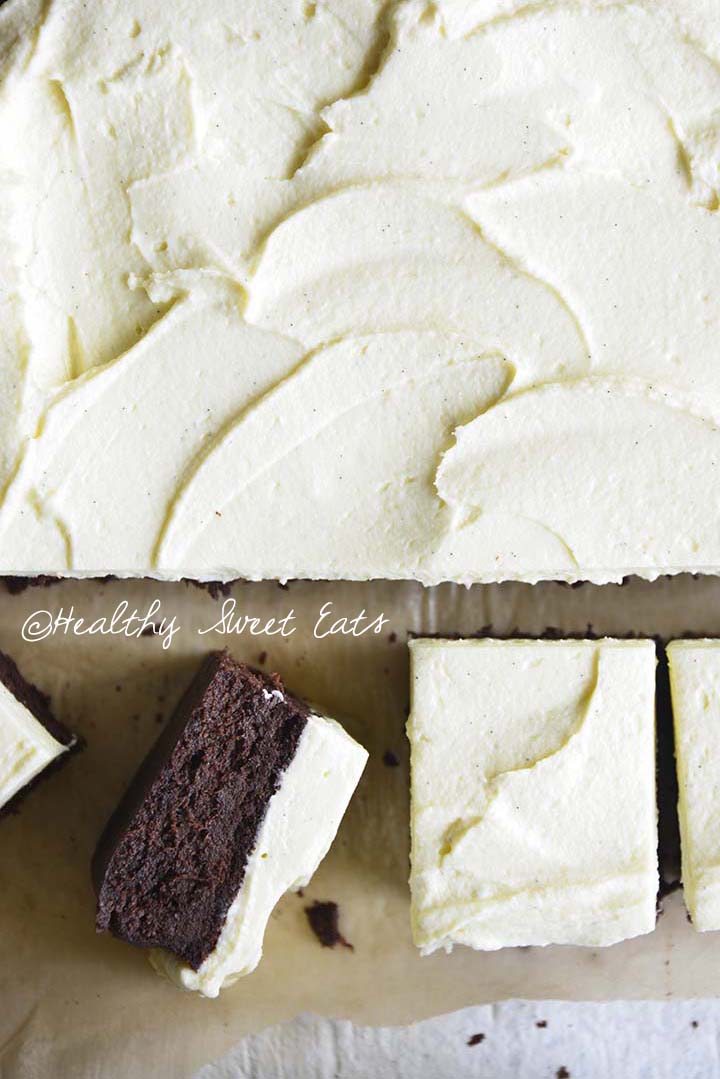 I’ll be honest, I’m not a huge fan of cheesecake swirl baked into brownies, mostly because I feel like the cheesecake portion always ends up a little drier than it should. I attribute this to the fact that cheesecake and brownies normally have different cooking temperatures and cooking times, but when you swirl them they have to cook together! Instead I opted to generously frost fudgy chocolate brownies with my favorite cheesecake buttercream. 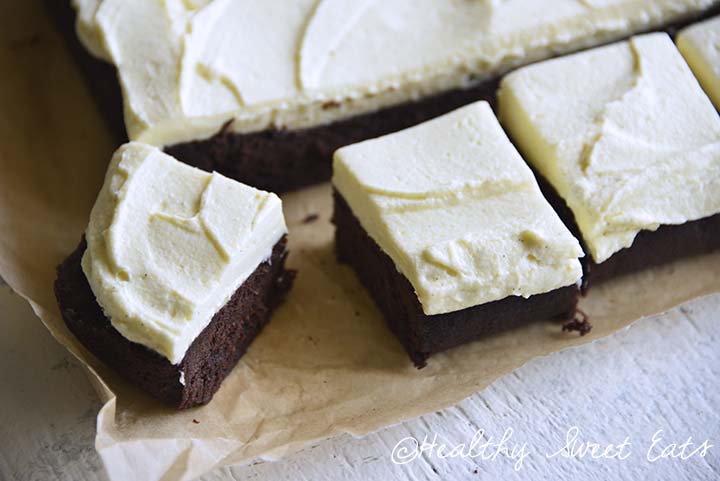 These Low Carb Cheesecake Brownies pair rich, fudgy chocolate brownies with light, fluffy vanilla cheesecake buttercream frosting for a keto dessert that gives you the best of both worlds.

Cheesecake Frosting (yields about 2 cups, a generous amount for frosting these brownies):

These brownies were adapted from my recipe for Fudgy Keto Brownies with Walnuts and Chocolate Frosting, and I used my Vanilla Bean Low Carb Cheesecake Frosting recipe. 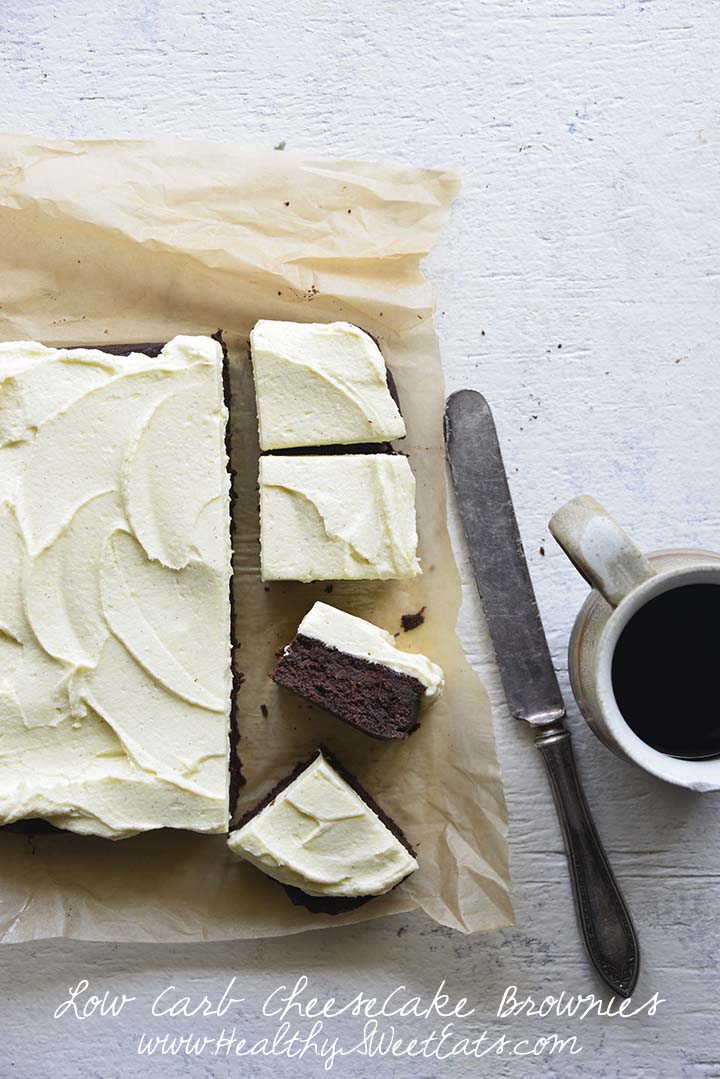