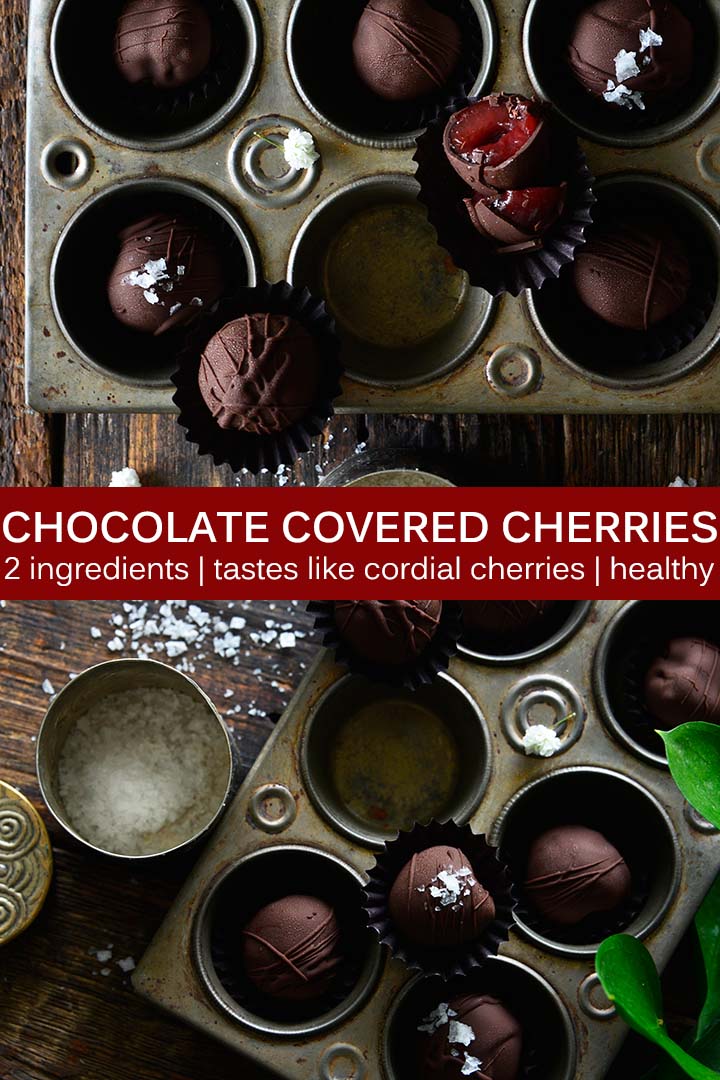 This Chocolate Covered Cherries recipe pairs juicy sweet cherries and dark chocolate with no added sugar, and whips up in just 10 minutes!

As a kid growing up, my mom would buy Cordial Cherries for my sister and I around the holidays. I liked them in a “they’re chocolate and I’m not going to waste them” type of way. (I was more of a Reese’s peanut butter cups kind of girl.)

But on the other hand, my sister adored Cordial Cherries!

She could down half a box in a single sitting, leaving all of us wondering where she put it, lol.

When you’re a kid, you don’t really care so much about a sugar crash. However, as an adult, I find the desire to avoid a sugar crash is a huge motivator to avoid things that will induce it. As much as I enjoy Cherry Cordials in a nostalgic way, I generally avoid them just to avoid the subsequent crash.

Enter these healthy Chocolate Covered Cherries. With no added sugar, this recipe is great anytime a chocolate craving strikes. Don't wait until the holidays to make them!

Even though it looks elegant and impressive, this is one of the easiest recipes. Simply dip frozen cherries into melted dark chocolate!

What Are Chocolate Covered Cherries Called?

They're called Cherry Cordials or Cordial Cherries! These are cherries soaked in a sugar syrup (or sometimes liquor) that are coated with chocolate.

In general, like most candy, Chocolate Covered Cherries contains a lot of sugar. Unfortunately, this means they're not the healthiest choice if you're trying to limit your sugar intake.

However, this homemade version has no added sugar and no preservatives! I use 70% cacao dark chocolate to limit the sugar content from the chocolate. They're a much healthier choice.

How Do You Keep Chocolate Covered Strawberries From Sweating?

You can line a baking tray with paper towels and store the chocolate covered strawberries (or cherries) on top. The paper towels will help absorb the moisture. However, there’s really no way to prevent condensation from occurring.

Pro Tip: I find that the best solution is to make these on the day you want to eat them. Luckily this recipe takes just 10 minutes!

Can You Freeze Chocolate Covered Cherries?

I don’t recommend freezing or refrigerating these because it will cause them to condense quite a bit. 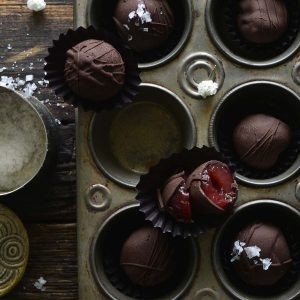